I've been into 3D a long time

And here is a photo from sort of my early days. 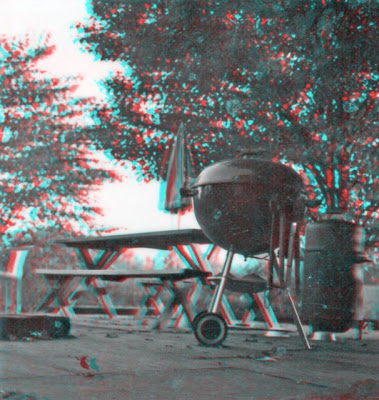 I was scanning in a bunch of old photos last weekend when I came across some old 3D Polaroids I had taken. I think they are from around 1985 give or take a few years. 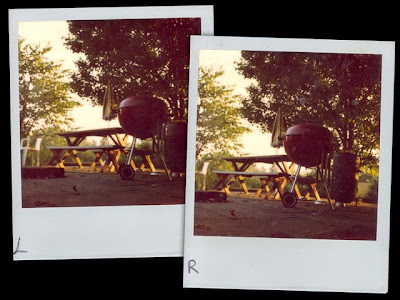 I used to use my parents' Polaroid and film and just walk around taking 3d pictures. I think I used up a lot of their film which was probably not cheap. Good thing they came out with digital cameras or I would be broke. Oh, the picture is of the patio of the house we lived in at the time. Pretty boring except that it's a 3d photo I took 20ish years ago -:]
Posted by jimmy at 4:13 PM

whoa, our old backyard in 3D! Very cool. It was probably more like 1986 or later because we didn't move in until I was 6 years old. If we could see the inside of the grill we might be able to date the photo based on the amount of "seasoning" left on there :o)