The crazy bikes in SF apparently can't read or have a blatant disregard for the law. 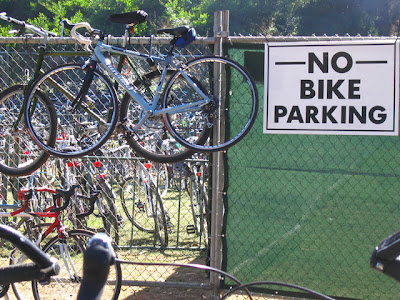 Or maybe they were just protesting? This one seems to have come to the wrong protest -;] 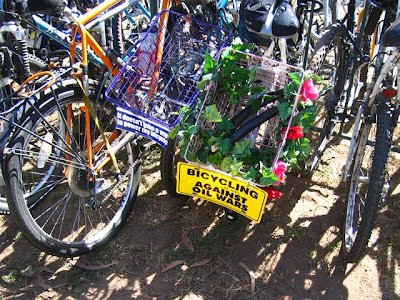 Actually there was a huge free music festival in the park called Hardly Strictly Bluegrass and a huge section of the park was closed to cars and bikes. There were crazy numbers of people there. So crazy we ended up leaving because you had to sit so far away from any of the stages or deal with wall to wall people to get up close. We did get there early and catch just about the only Bluegrass act. They were pretty fun. I liked the bike impound area the best though.
Posted by jimmy at 4:04 PM