There is a comet out right now, C/2009 R1 a.k.a Comet McNaught, which I decided to try and find. Then I thought I would try and take a picture. It didn't work out so well. 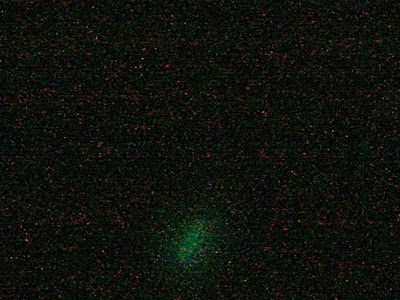 I could see it okay with my telescope but my picture came out pretty bad. I had some major technical difficulties with my astrophotography rig as in I didn't test it at all before heading out. I was mostly just wanting to take my new telescope with tracking head out for a proper test run. It worked really well unlike my photo rig. I saw lots of fun stuff, Comet McNaught, Saturn, Jupiter and a galaxy or two.

I had better luck taking a picture of Jupiter. 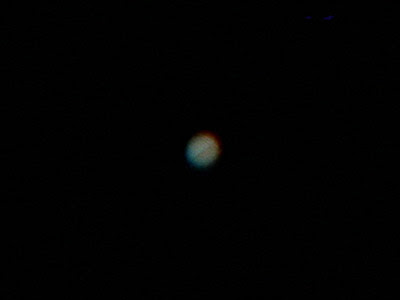 It was a lot brighter and played better with my half working photo rig. 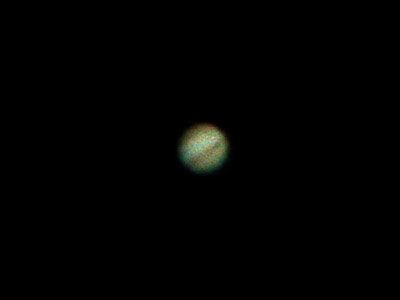 These two are the same but with different stack processing (stacking is taking lots of pictures of the same thing then using some fancy computer magic to get a better image). 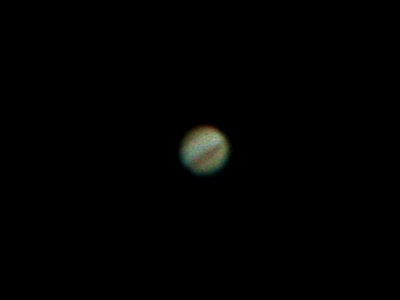 Oh, and here is the first test I did a few months back trying to get a picture of Saturn.

You can sort of see it. Once I get my setup working correctly I should be able to get much better images but it's pretty exciting to get anything right now.
Posted by jimmy at 10:10 PM