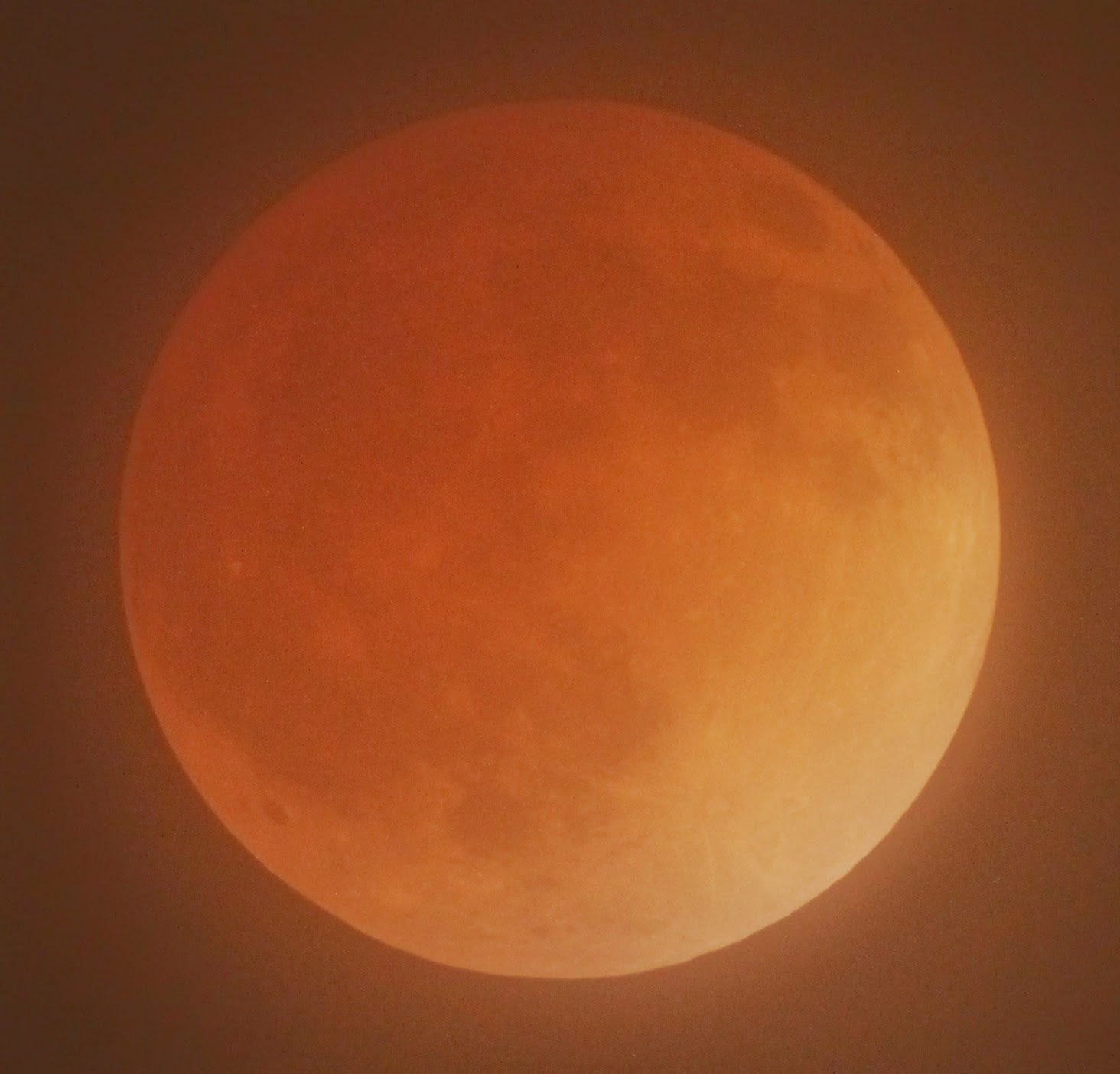 2014-04-16 Lunar eclipse. I think this is about the full eclipse of the moon. Unfortunately there were a lot of thin clouds. Luckily they were thin enough that it was still easy to see the eclipse. I think this shot is a bit before the full eclipse but it was a bit more clear.

Here is an animation of a little bit into the eclipse till it started to go orange. Mars was also at it's closest point to earth so I shot a few pictures of which this came out about the best. Like I said there were lots of light clouds and to top that off the seeing was not very good. I feel lucky I managed to get an image this good. Still waiting for good seeing and a clear night to go back out and try and get a better shot while Mars is still close. 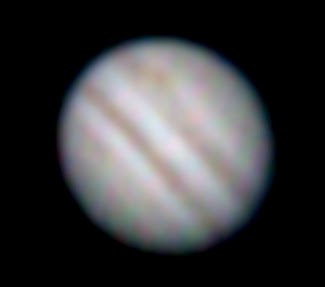 And Jupiter was out so I snapped a few shots if it as well. Not to good. Again due to the poor seeing and light cloud cover mostly.
Posted by jimmy at 4:32 PM