From Planets to Nebulas

10-28-2011, Tonight Jupiter is in opposition (closest point) with earth this year so I went out to take a few more pictures. 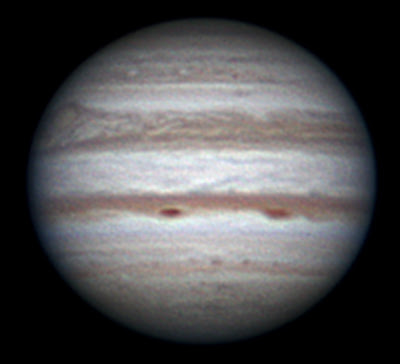 Not to bad. You can see the Big (aka Great) Red spot just about to disappear around the left side there. 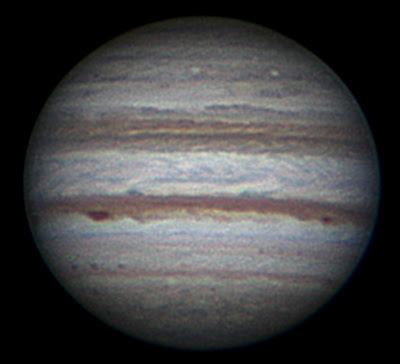 Here is Jupiter's other side. I think this might be the most detail I have managed to get of Jupiter yet. 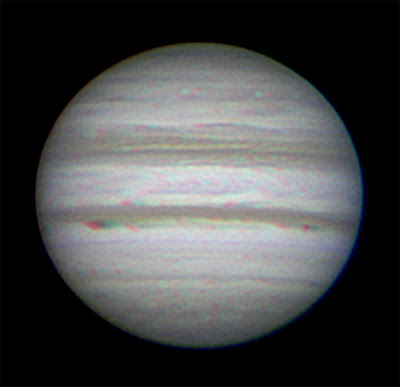 As usually here is a 3D image so get out those red/blue glasses!

And here is a short little animation I put together with some of the images I took. This probably spans about 10 minutes. Jupiter spins really fast making a complete rotation in just a little less than 10 hours. Maybe one long winter night I will see if I can capture a full rotation. 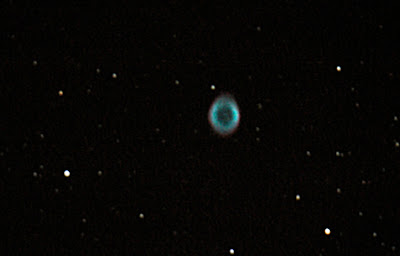 In between shots of Jupiter I did a little looking around and took a few other images. Here is the Ring Nebula or M57. It is a planetary nebula because some of these look a bit like planets through the telescope. 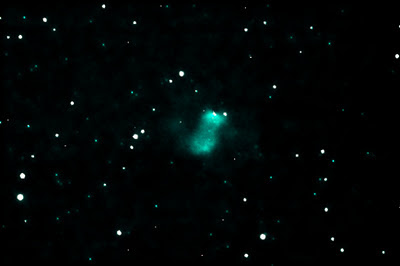 Next on the planetary nebula list I took a look at the Little Dumbbell Nebula or M76. This picture didn't come out to good but you can make out the core section and just a tiny bit of the fainter outer ring. I'll have to try this one again. 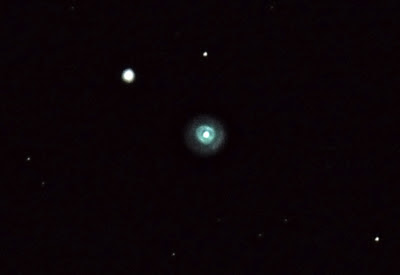 And then I turned the scope to the first planetary nebula I tried to image, the Eskimo Nebula or NGC 2390. This came out a little better than my previous attempts but I'm sure I can do better. 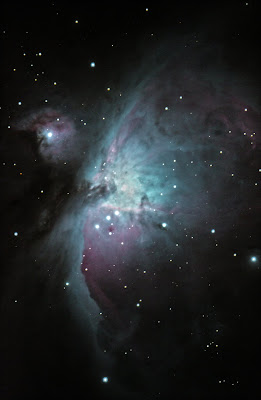 Finally I turned to one of the easiest targets the Orion Nebula or M42. I think this is my best nebula image so far. The thumbnail is a bit blurry because I scaled it up a bit but if you click on it you can see a nicer large version. Here is a self portrait of me at about 1:30am imaging the Orion Nebula. If you know your constellations you should be able to make out Orion. The 3 stars of his belt are almost right above my head and I'm kind of looking at his sword which are the 3 stars just to the lower right of his belt. The Orion Nebula is the middle star of his sword. If you click on the image to see the larger version you might even notice that middle star glowing which is the nebula. Oh, and how the hell do I fit in my tiny little car?! It's clearly half as big as me or at least that's what the wide angle lens on the ground does. Lucky or unlucky as it was the last people to leave before me happened to turn on their car lights just as I took this picture causing the nice glow and probably screwing up an image or two. But it was all good since the Orion Nebula came out just fine.
Posted by jimmy at 1:52 AM