Went out to look at and take pictures of the new super nova 2011fe. Had lots of fun and met a few other guys, Warren, Corey and Dave, out doing the same. My images didn't turn out as well as I hoped but I got something. Lucky for me Warren had some pointers and I if all goes well my next outing should get me some better images. And Dave gave the rest of us coordinates for Comet Garradd so I managed to get some pictures of it too. Again not so great but better than my first attempt at a comet picture! 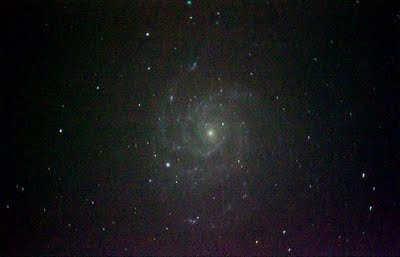 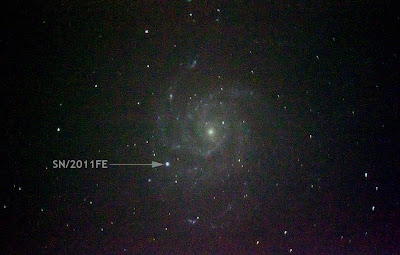 In case you couldn't spot it here is where SN/2011fe is. By the end of the week it is supposed to be bright enough to see through binocular! 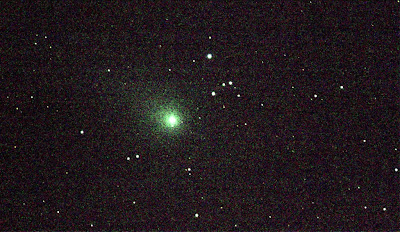 And here is Comet Garradd. 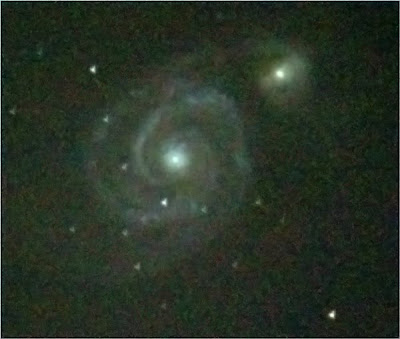 M51 aka the Whirlpool Galaxy. Cool even if it is a pretty bad image with butterfly stars because of tracking issues. At least you can make it out right? 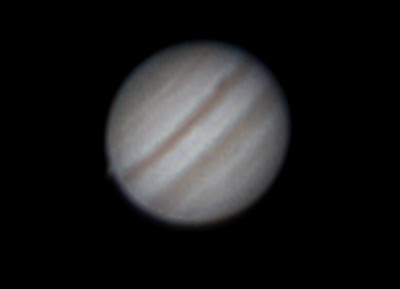 Check it out, Jupiter has a pimple! Actually That's Jupiter's moon Io just starting to peak out from behind it. Dumb luck. Not sure if it's cool or not to have Io stuck on Jupiter's side like that. Mostly I think it's kind of cool. Oh, and this is probably the best image of the night even though I wasn't set up for taking images of planets. I would have taken more shots but my camera battery died right after this. Stayed for a bit longer just looking through eye pieces and chatting with the other guy. All in all a fun night!
Posted by jimmy at 12:28 PM