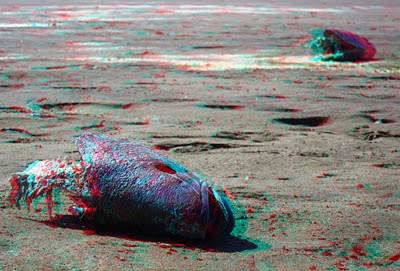 Look two fish heads on the beach. We don't see these very often which is odd since it seems like something you would see on the beach all the time. Right? 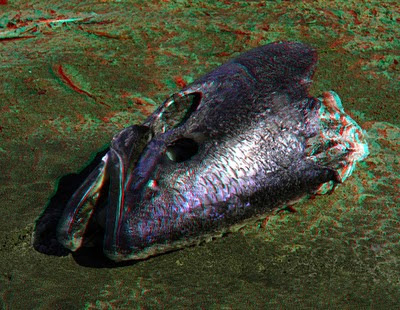 The beach patrol stopped and took a look too. They said they were white seabass that were caught on a boat off the coast where they cut the heads off and throw them over. They said you don't see them this far north very often. Then again I have no idea so they could have just been filling my head with silly things.
Posted by jimmy at 10:18 PM